Learning how Edward Kmett’s bound library worked was quite a challenge for me. Even though there is a nice tutorial, I found it rather difficult to penetrate – the puns, while humorous, didn’t help either. Moreover, polymorphic recursion itself is a rather strange concept that takes some getting used to.

In the end, I had to read through code very carefully in order to understand the inner workings of the library. In the process, I made some sketches to guide myself. Not surprisingly, the pictures themselves explain the concept much more clearly than the code or the text! (At least I found that to be the case, YMMV.)

Here’s a picture that shows an expression tree in untyped lambda calculus. Click to zoom in! (You can also get the SVG version.) 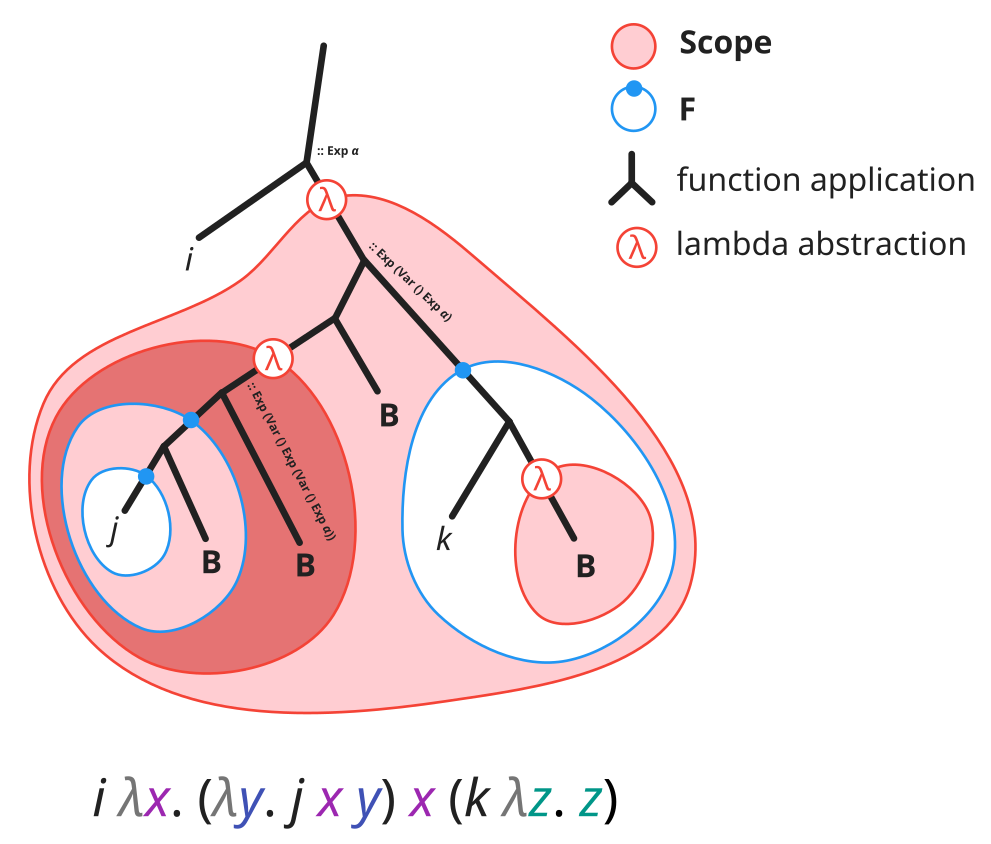 There are a couple interesting things to note: