Below is a graphical depiction of moving, copying, and borrowing in the Rust language. Most of these concepts are fairly specific to Rust and are therefore a common stumbling block for many learners.

To avoid clutter in the graphics, I have tried to keep the text to a minimum. It isn’t meant to be a replacement for the various tutorials out there but more of a different perspective for programmers who prefer to grok concepts visually. If you are learning Rust and find these graphics helpful, I would recommend annotating your own code with such diagrams to help solidify the concepts :) 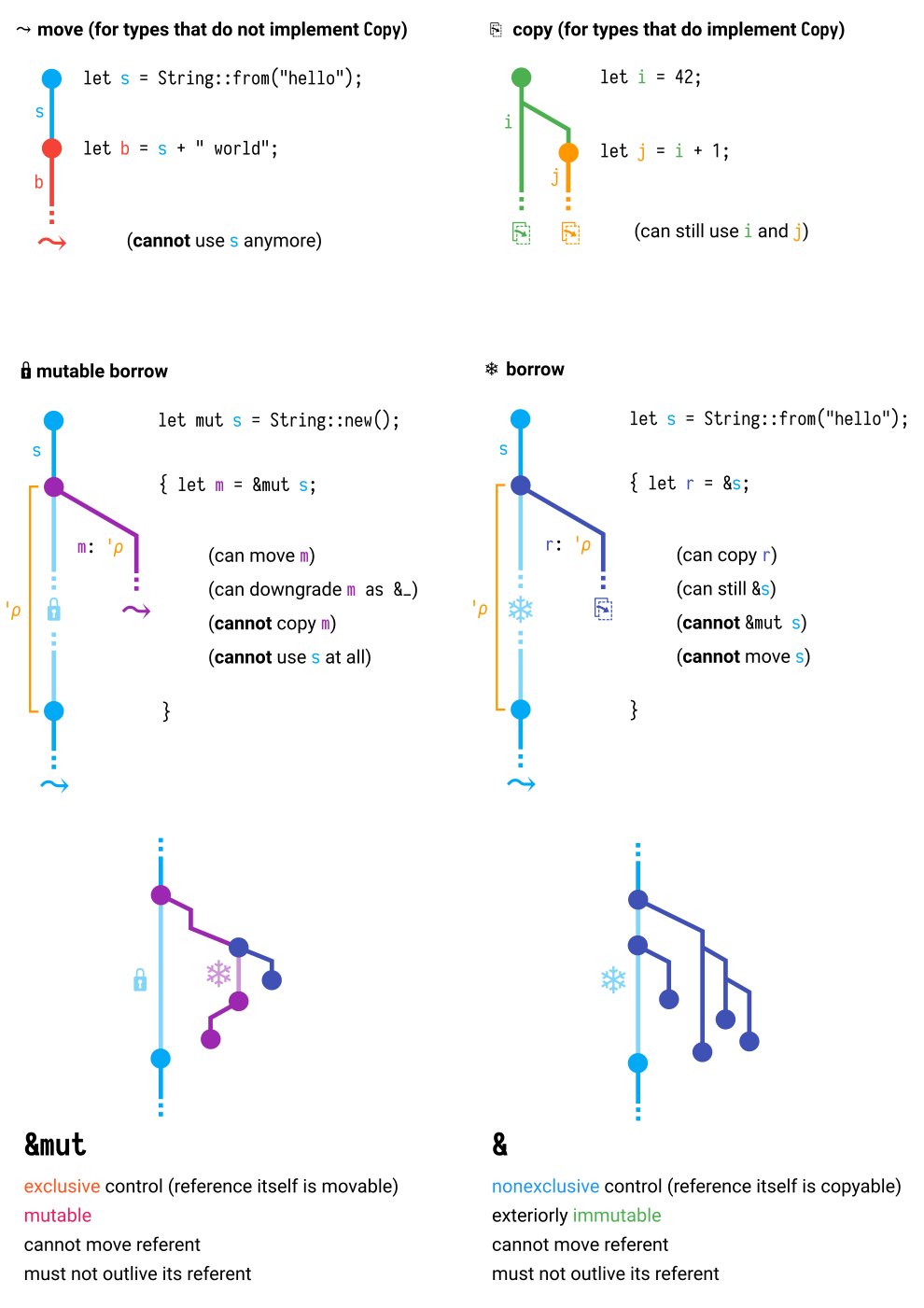 You can zoom in by clicking the image. You can also get it as an SVG or PDF.

The upper two figures depict the two main kinds of semantics for data that you own: either move semantics or copy semantics.

The central two figures depict the two ways in which you can borrow an object you own, and what each one offers.

In both figures, ’ρ is a name I have chosen for the lifetime of the references. I used a Greek letter on purpose because there is no syntax for concrete lifetimes in Rust, currently.

The last two figures summarize the key differences and similarities between the two kinds of references, both pictorally and in text form. The “exteriorly” qualifier is important, since you can still have interior mutability through Cell-like things.